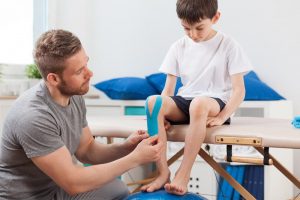 Millions of infants, toddlers and children are taken by their parents to pediatricians for their shots. These parents want the best for their children and might be surprised to learn that there are equally concerned parents who refuse vaccinations for their infants and children out of fear that the shots are a greater threat to their child’s health than the disease.  NO MATTER WHAT CHOICE you make for your child/children, our office advocates for freedom of choice. We urge parents to do their own research on both sides of the issue and then make the best choice for your family.  We are happy to give you information if you are seeking it, but will always respect your stance and perspective on vaccines.  Below, you can find some quotes from MD’s and Ph.D.’s regarding statistics and reasons why someone would choose not to vaccinate.  If you have further questions please don’t hesitate to call or ask the doctor at your next visit.

“Much of what you have been led to believe about immunizations simply isn’t true. I not only have grave misgivings about them; if I were to follow my deep convictions …I would urge you to reject all inoculations for your child.”  The late pediatrician Robert Mendelsohn, M.D.

As Ivan Illich, Ph.D. has noted: “The combined death rate from scarlet fever, diphtheria, whooping cough, and measles among children up to fifteen shows that nearly 90% of the total decline in mortality between 1860 and 1965 occurred before the introduction of antibiotics and widespread immunization”.

Polio was disappearing naturally after it had peaked in 1949: “It is commonly believed that the Salk vaccine was responsible for halting the polio epidemics that plagued American children in the 1940s and 1950s. If so, why did the epidemics also end in Europe, where polio vaccine was not so extensively used? Doctors admit that forty percent of our population is not immunized against polio. So where is polio?”

Statistics were “cooked” to “prove” that the mass inoculation campaign was working. Cases formerly reported as polio were now reported as meningitis. So while polio statistics dropped, statistics for viral or aseptic meningitis soared.

As Viera Scheibner, Ph.D. writes: “The body has natural mechanisms to create immunity to diseases. The diseases themselves are the priming and challenging mechanisms of the maturation process leading to the competence of the immune system. It has been demonstrated time and again, that infectious diseases of childhood are very beneficial for children to catch…. The general inflammatory process is important in the dynamics of maturation of the immune response to diseases”.

Dr. Harris Coulter states: Contracting and overcoming [childhood] diseases is part of a developmental process that actually helps develop a healthy, robust, adult immune system able to meet the challenges that inevitable encounters with viruses and bacteria will present later on.

There is evidence that dyslexia, minimal brain damage, ADD, ADHD, autism, allergies, visual problems and many other neurological diseases grouped together as “developmental disabilities” (conditions that barely existed before mass vaccination programs) could be caused by vaccination.

As Dr. Harris Coulter writes: Probably twenty percent of American children-one youngster in five-suffers from a “developmental disability. ” This is a stupefying figure.. “Developmental disabilities” are nearly always generated by encephalitis. And the primary cause of encephalitis in the United States and other industrialized countries is the childhood vaccination program. To be specific, a large proportion of the millions of US. children and adults suffering from autism, seizures, mental retardation, hyperactivity, dyslexia, and other… `developmental disabilities, ” owe their disorders to one or another of the vaccines against childhood diseases.

Perhaps most shocking is evidence that many deaths reported as Sudden Infant Death Syndrome (SIDS) or Crib Death may in fact really be vaccine deaths. When, in 1975 the Japanese government raised the minimum vaccination age from two months (as it is in America) to two years, crib death and infantile seizures virtually disappeared. In Australia after mandatory vaccination was repealed, approximately half the families stopped vaccinating their children and crib deaths dropped by the same percentage.

The Hepatitis B vaccine is given at birth and deserves special mention. This is not a highly contagious disease; it is primarily an adult disease that is mostly transmitted by intravenous drug use, heterosexual contact with infected persons and homosexual sex.

From The Vaccine Reaction, published by the National Vaccine Information Center:

According to Harrison’s Principles of Internal Medicine (1994), mother to child transmission of hepatitis B “is uncommon in North America and Western Europe” and 95% of people who catch it recover completely” and acquire lifelong immunity. The U.S. and Western Europe have among the lowest rates of hepatitis B in the world with the greatest incidence in adults aged 20-39.

So why give this vaccine at birth if it is primarily an adult disease due to sex or drugs and immunity only lasts 7 years?

In October 1998 the French Ministry of Health banned hepatitis B shots for school-aged children based on evidence that the vaccine causes multiple sclerosis, lupus, arthritis, diabetes and autoimmune diseases.

How Many Children Are Affected?

The slogan “No shots, no school” is not entirely accurate. Every state in the U.S. has exemptions to vaccination requirements. In some states a parent merely needs to check a box on the school health form. In other states the requirements are more involved. Check with your state health department. There are many legal ways to avoid vaccination if you decide that is the best course for your child/children.

The chiropractic spinal adjustment permits your child’s body to restore itself to a greater level of health and wholeness.